Oh shit they went there.

@BuddyJ said:
Welp yesterday's announcements seem to show that Disney+ is doubling-down on Star Wars and they're using this series to pilot future shows. I'm game for it.

Doubling down? More like quadrupling or quintupling down. Milking that Cash core as long as they can. And I'm in for all of it. 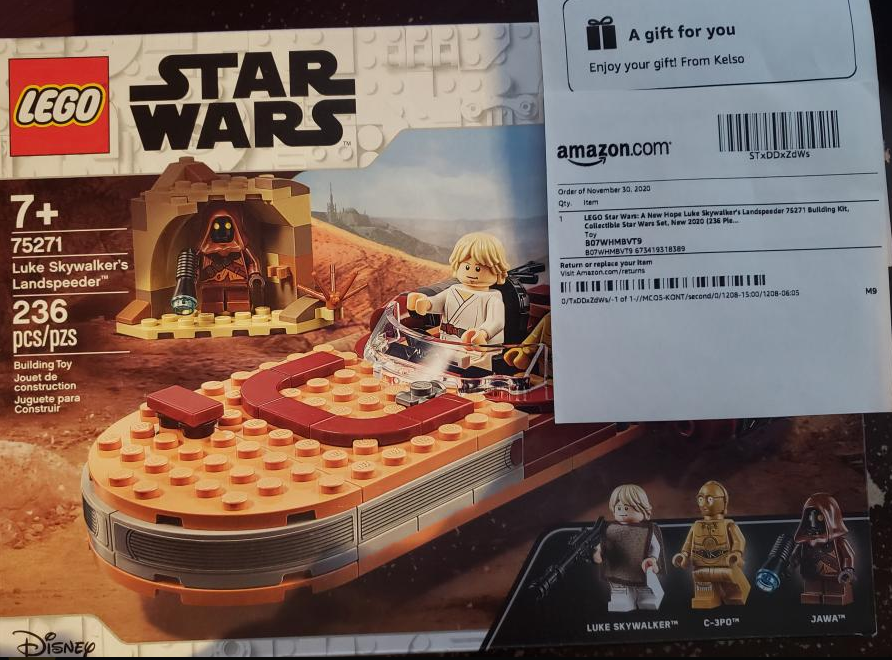 @BuddyJ said:
I'm concerned about the direction they took in the most recent episode. There are now so many plot threads in play, I'm intrigued to see what gets wrapped up in the next two episodes to finish out this season and what will be left hanging for future seasons. Some of these recent developments are big things that I think would be hard to handle as a show runner; do you wrap it up in two episodes, or leave it hanging and drag it out well into next season. Either choice seems like it'd be very divisive among the audience at this point.

I think they are confident enough in their direction that they are going to spin off into a larger television universe. I'm thrilled that they may be able to tie up some glaring loose ends from the Disney trilogy which let's face it... was produced by people who had no cohesive plan... well now they have an out, they can play it cool and be like, Yo, we knew exactly what we were doing all along.

This episode though, forget the narrative direction for a moment, it was just cool, at least cool in the nine year old boy sense of the word. You see that episode and you immediately run and play with your action figures. It gave me that feeling. I wish I had some toys to start going pew pew pew on the floor immediately after viewing. It fired off my Star Wars endorphins. Honestly, after episode nine I thought, maybe I just have outgrown this thing? Maybe I loved Star Wars and I just don't anymore.... Like you doubt yourself and your own tastes. Maybe it's me? This episode totally erased that doubt for me. Star Wars is still a thrill in the hands of the right storyteller.

I'd have to wait until 2024 for the next election cycle.

Guess it's time to file.

Re: Deepmind and what it means for the future of folding

When I first read that news my big take away was they figured out how to do correct computer modeling of the protein. If they can figure out how to translate that into a more standardized model everyone can run then no. Even doing the work in the lab is super hard. f@h resimulating proteins already done and giving confirmation to existing work would be huge since experimental sciences are very hard to reproduce. Real impact on our lives I do not believe f@h has an effective ROI but I still do it for now.

Newegg is getting too big for their britches /// Warning! rant coming

After my mobo week from hell I finally got the first one back on Friday (well sort of). Newegg makes a big deal out of sending all materials back when you rma something or it will cost you. Well I sent the board back with everything and packed just like new (except the board was borked). Then #2 went and I sent everything just like I got it also. Then on Friday I got #1 back but there wasn't anything but the board in a different box like I just got a refurb (which it was). With this being the DFI Ultra-D that meant I did not get the audio module, cables, jumpers or jumper tool and to beat all every single jumper on the board was missing! I was hot and got on the phone with Newegg and wanted to know WTF! They were supposed to overnight an accessory package with everything missing but as of today, Tuesday I have absolutely nothing. I called yesterday and they said they had no record of anything being shipped but did have details of my previous conversation and they were sorry but the stuff would get sent right out overnight again! Then to top it all off I got #2 back today and the same deal of just the board. This one at least had the jumpers but there was another real big problem. The board was not packed at all and was just placed in a box with no protection what so ever and the board had all the caps bent over with 5 busted clean off the board. I was so hot after this that I took my wife's advice and cool off tonight and call them in the morning with a scripted detail so as not to get too carried away. So now I am sitting here with almost $300.00 worth of borked boards and Newegg has my money almost 2,000 miles away. I know Newegg has been so good in the past and has even gone out of their way a few times but this is freakin rediculous. They also told me that since the board was over 30 days out from the original invoice all rma's were going to be oem's and refurbed boards. /that totally sucks!!!

Re: Time to say goodbye to the Phenom II and finally upgrade

Yeah dude I agree with FreeC8675: An m.2 SSD upgrade would be super noticeable and is not that much more. SO fast

Re: Introducing the new ICHQ

@Linc said:
I think it would be very challenging to sell the house for over $110,000, even fixed up, in the next 5-10 years. The average range in Woodbridge seems to be 65-80K. Not that I'm selling it any time this decade.

Well, that was before I found a pile of money and then bootstrapped my way thru 3 mortgages. Yeah it's easily triple that now, but the debt scaled with it sooooooooo.