So now that the NDA's finally been lifted I can actually say some stuff about this.

First off, Vermintide is one of my favourite coop games of all time. I love Warhammer, I love L4D style gameplay and I love getting to play as a Dwarf. Vermintide was all of this in spades. The only problem I ever had with it is that it was optimized like ass and didn't honestly look all that good (Although the skaven hair was always really nice)

So without further ado some screenshots from my first game.

This game is beautiful 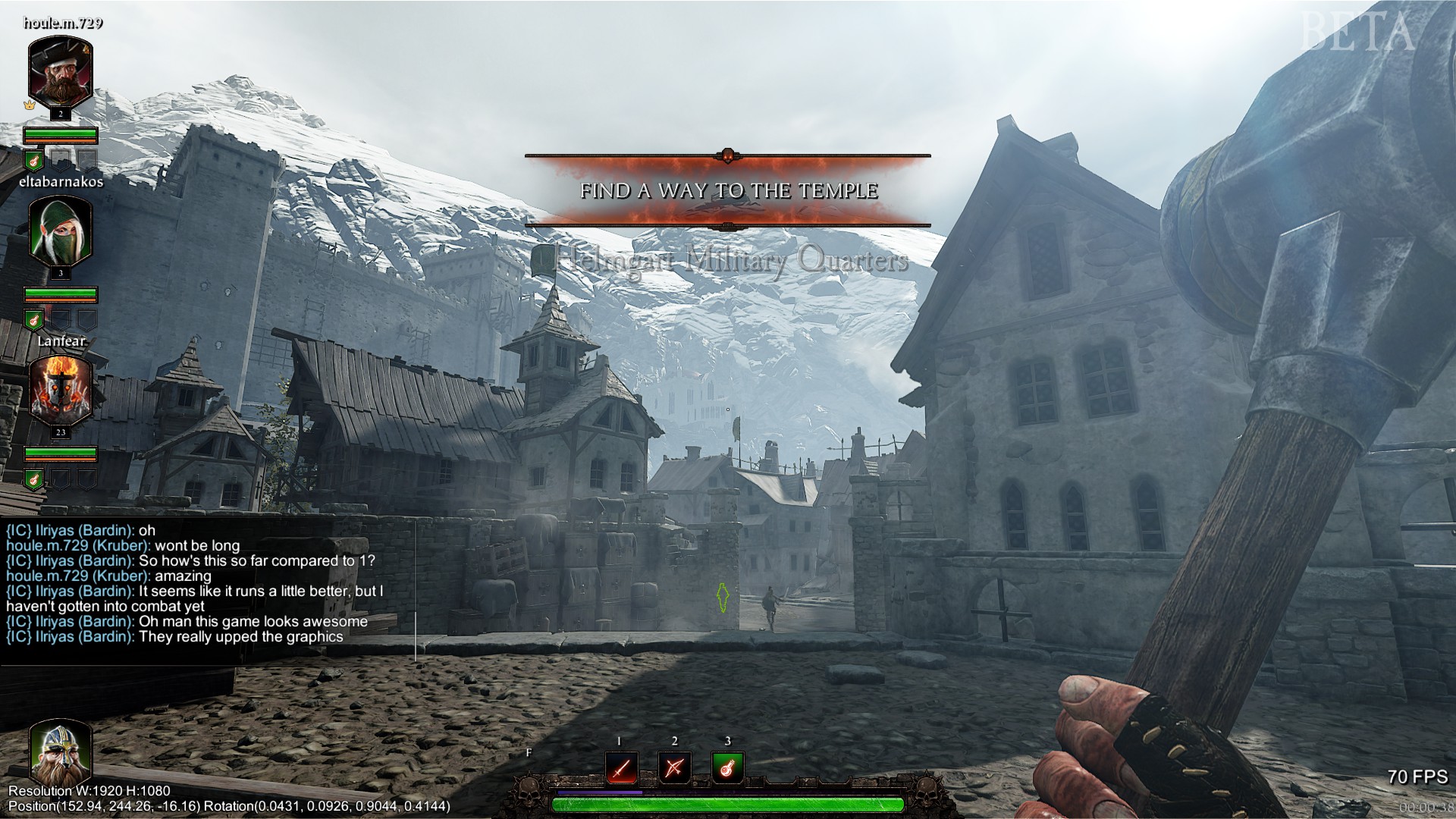 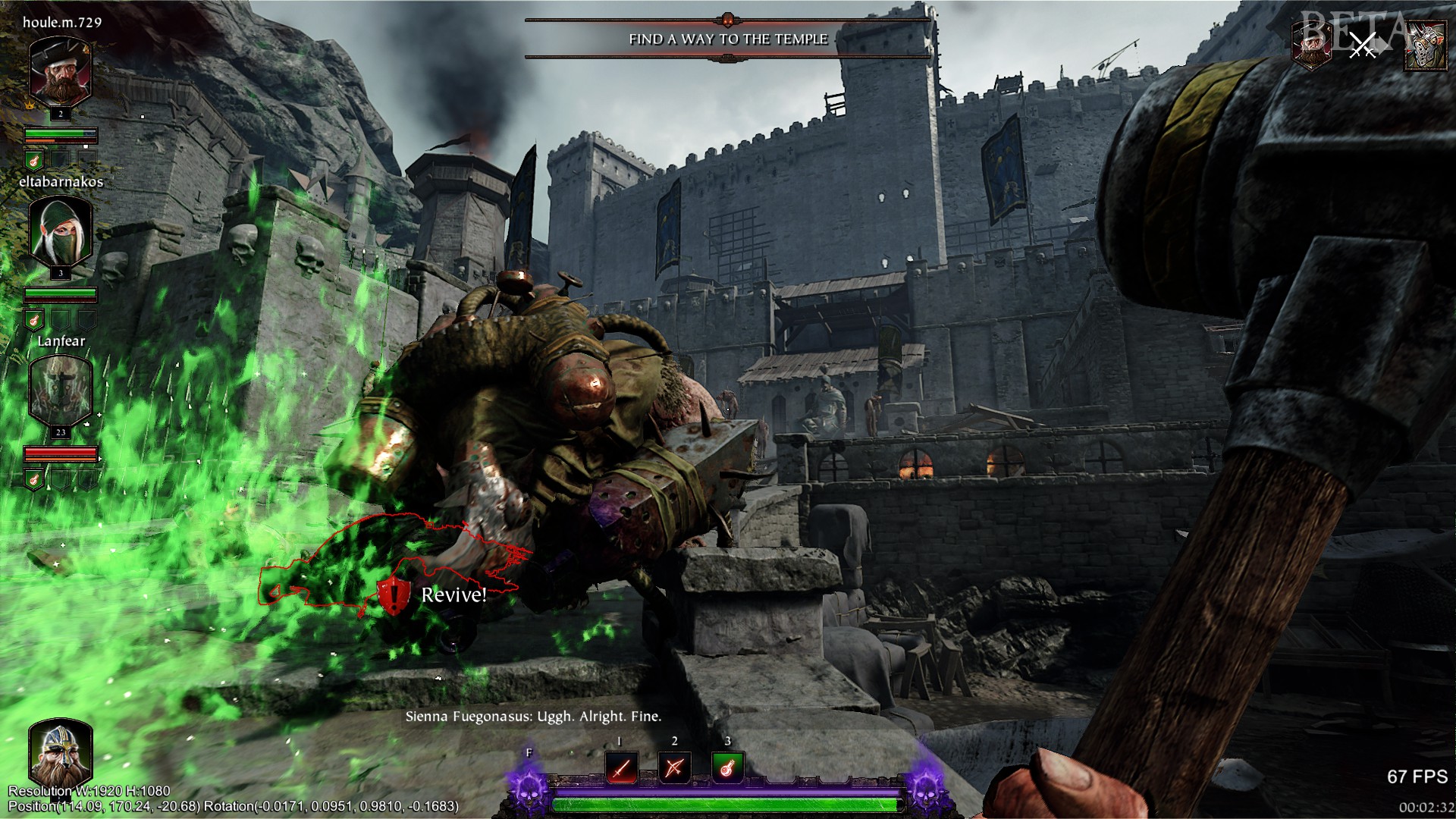 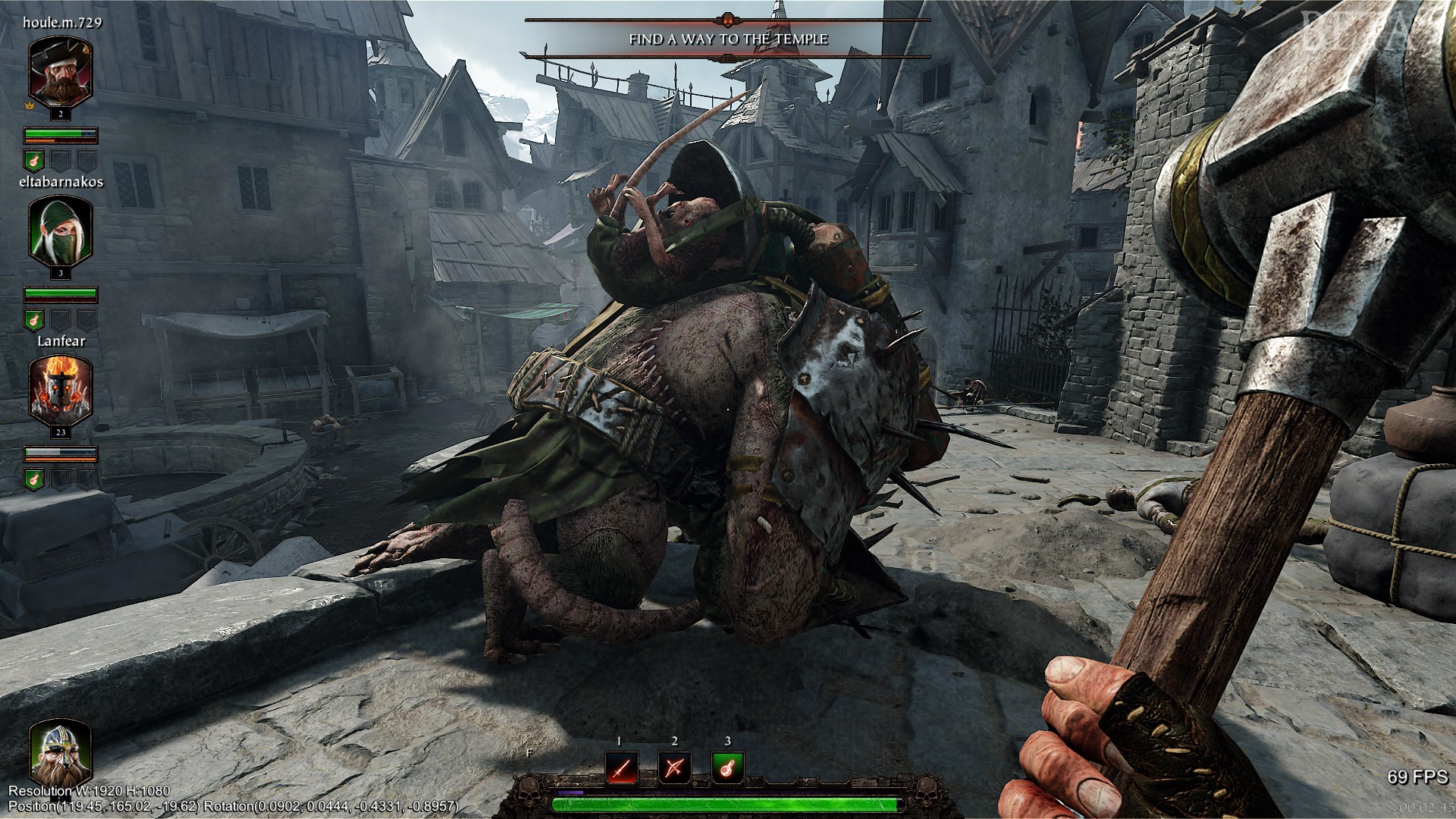 The Stormvermin look really good, they're fun to kill too. 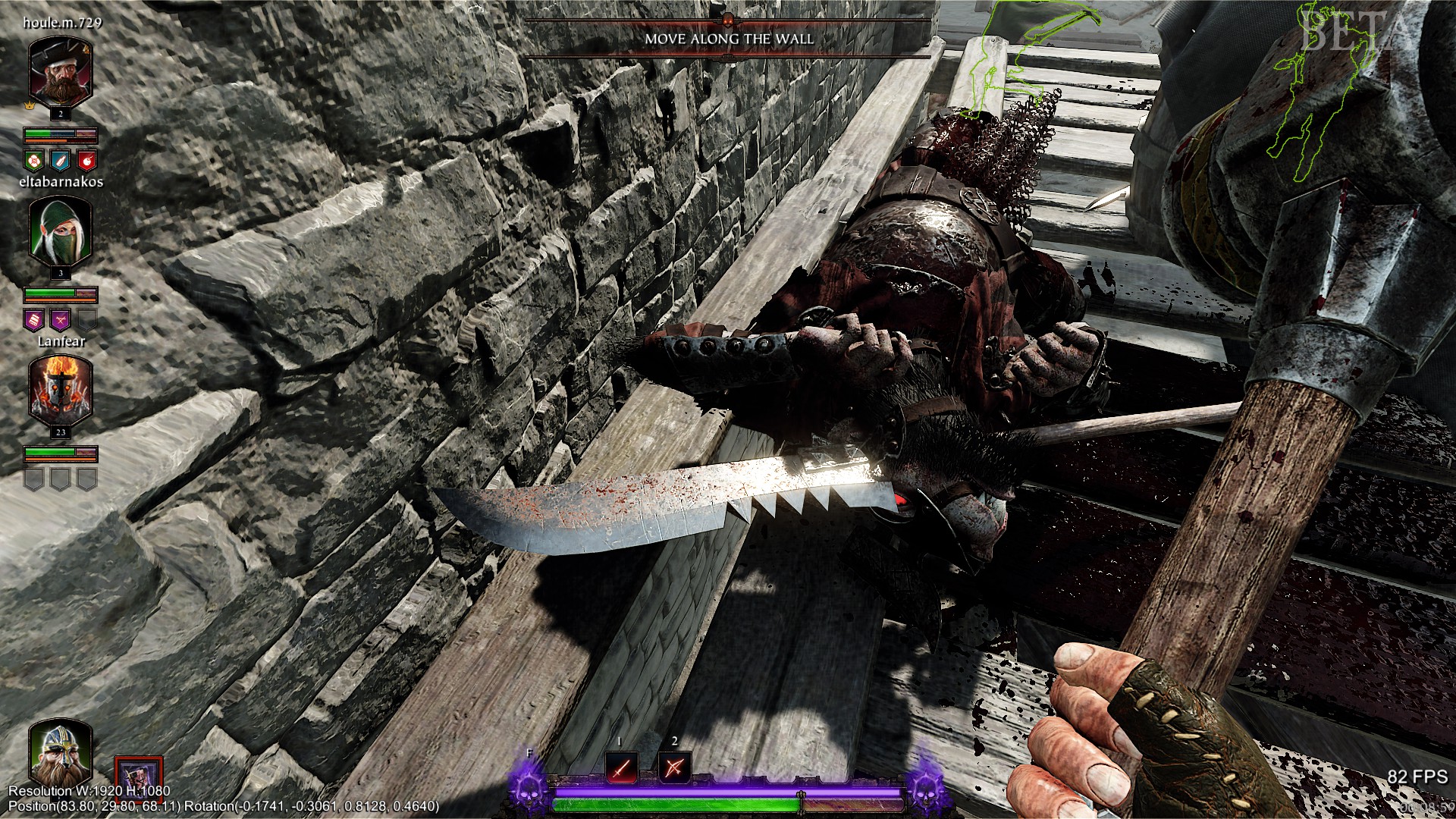 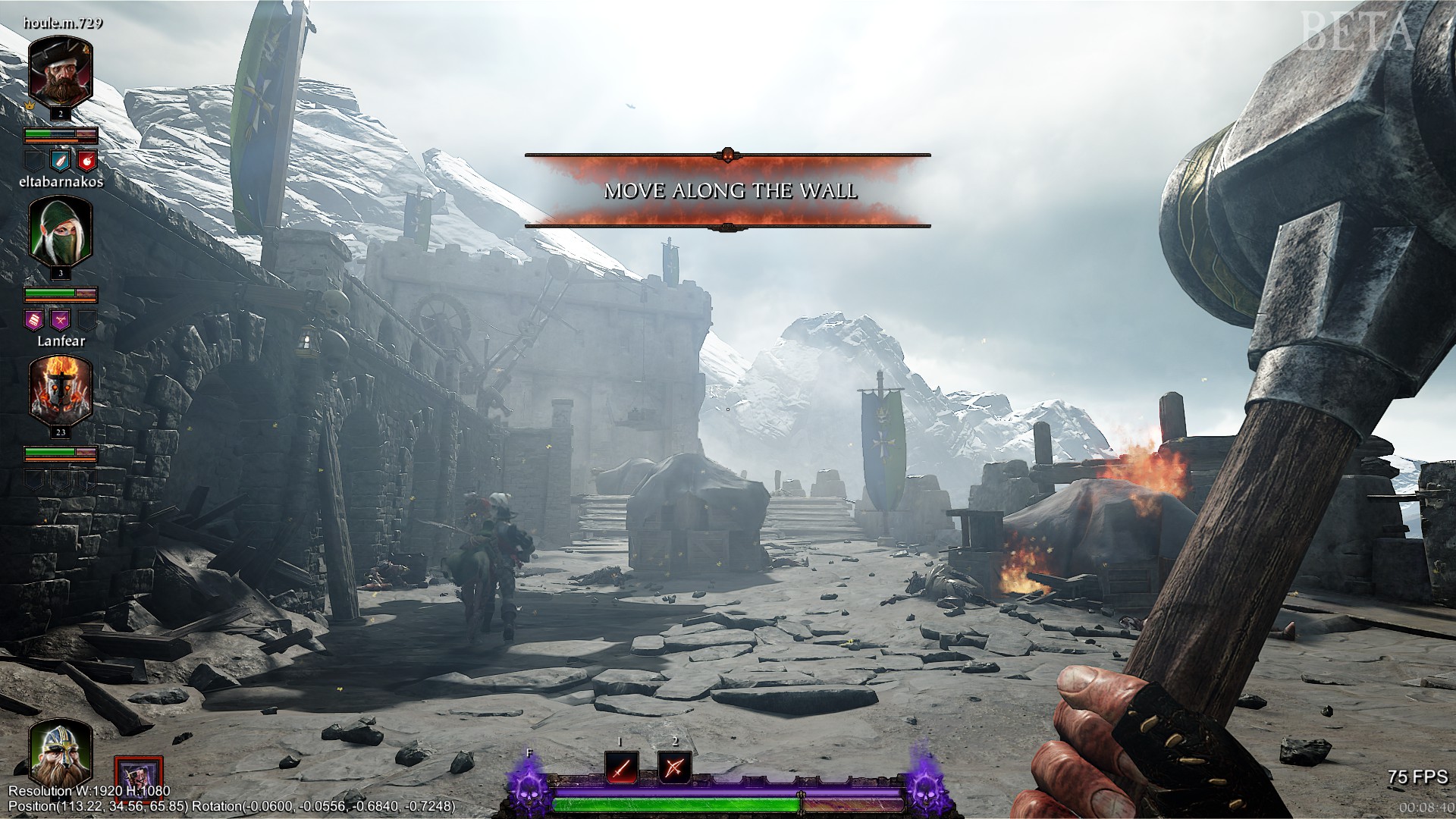 All told, the game runs amazingly I manage an average of 70fps with a drop down to about 60/55 when I'm getting blasted with fire particles, it looks goddamn beautiful really really great job on the textures in my opinion.

Combat has been heavily improved, weapons can get stuck on or bounce off enemies, if you don't charge up a sweeping attack you could get stuck in an enemy's side for a second. Had I not been using that hammer I'm sure I would've bounced off a couple shields.

Loot has been heavily improved, instead of singular die rolls at the end of matches you get lootboxes (Don't worry there's no plan on monetizing them) and if you don't like what you got then just like the last game you can break it down and build something you do want (Immediately after this I tore down two of the pickaxes I got and built a greataxe)

Now for something a bit more personalish I guess. The last time I had this stupid a grin on my face, the last time I played a game where I exclaimed out loud how much fun I was having I was playing the Overwatch beta with IC and squeeing over Tracer. I get to be a Dwarf in my favourite fantasy setting slaying rats and chaos warriors and the whole thing is just so much fun. If I get good enough I can look like this. 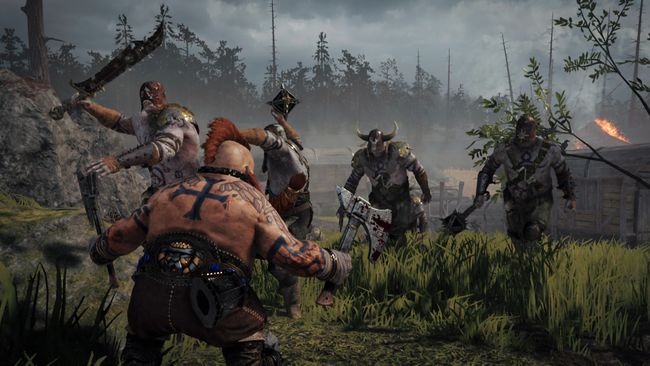 That's Bardin as a Slayer, some of the most badass Dwarfs in the setting who take death oaths, cut their hair into mohawks and just keep on fighting until they die in battle. They're awesome and I want to play as one, I've played the Warhammer Fantasy RPG where I got to roleplay as one and it was one of my most enjoyable experiences.

TLDR This game so far is awesome, I can't wait for release and I'd love to play it with Icrontic. I'm sorry for ranting like this I'm just so excited.