I've been collecting Magic: The Gathering cards since I started playing back in 1995. This very quickly developed into keeping 1 of each card in a binder, in 9-up page sleeves. On a shoestring budget, I was always on the lookout for a (free) slightly-nicer binder to keep my cards in. When my dad brought home a set of four 3" D-ring gray binders from work, it was a small windfall. I printed out the expansion symbols for the sets I was collecting on a piece of printer paper and slid it in the spines. This was Very Fancy.

For the uninitiated, MTG releases (mostly) unique sets of cards, (usually) 140-350 cards each, (usually) 4 times a year. Each of these sets has a unique expansion symbol printed on each of its cards to distinguish its origin. They're often in "blocks" of 2-3 sets that are related.

I mostly stopped playing/collecting when I left for college in 2002, picked the game back up briefly from 2009-2010, played sporadically at Icrontic events, and then started again a little over a year ago. When it came time to dust off the ol' Magic card sets, I wanted to be able to have them sitting out in the house somewhere without it looking like... well, a giant pile of Magic cards in school binders. 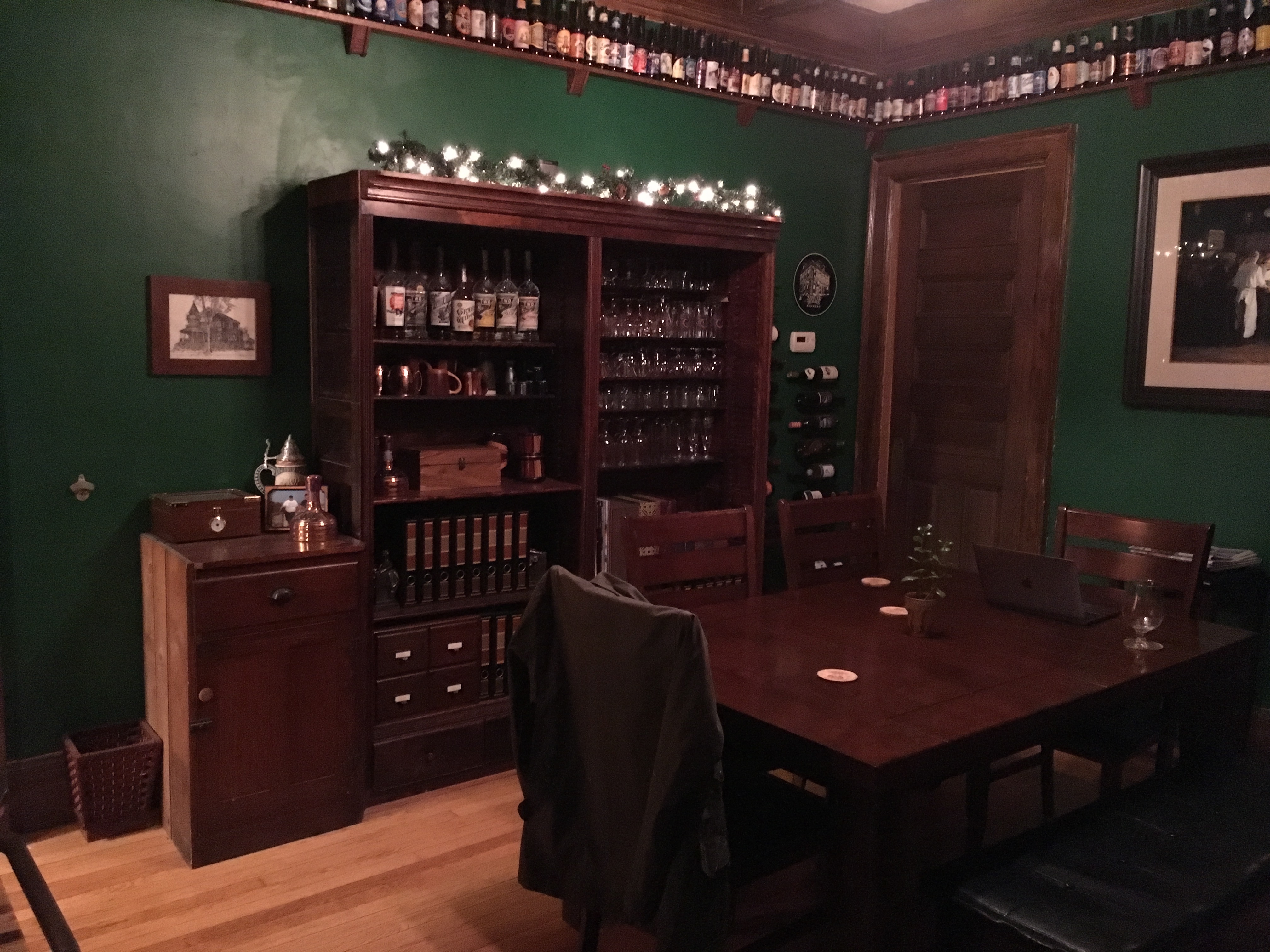 Step 1 was to find some nice binders. After much searching, I found a 3-ring Barrister binder with optional sleeves. Spill- and dust-proofing the binders was high on my priority list, so I splurged on a set of these.

Step 2 was to be able to identify what was in each binder. I wanted to put expansion symbols on them, but it had to be in a classy, fairly subtle way. These binders go in the pub, so writing on the spine in a silver Sharpie was way out of bounds. I considered custom vinyl stickers, but some of the symbols were far too detailed. Stencils seemed a poor choice for similar reasons.

Eventually, I settled on clear adhesive-backed printer paper. Now it was down to finding and printing all those symbols. Fortunately I stumbled upon Keyrune, a new open source font of all the Magic: The Gathering symbols, hosted on GitHub. Now I was getting somewhere! 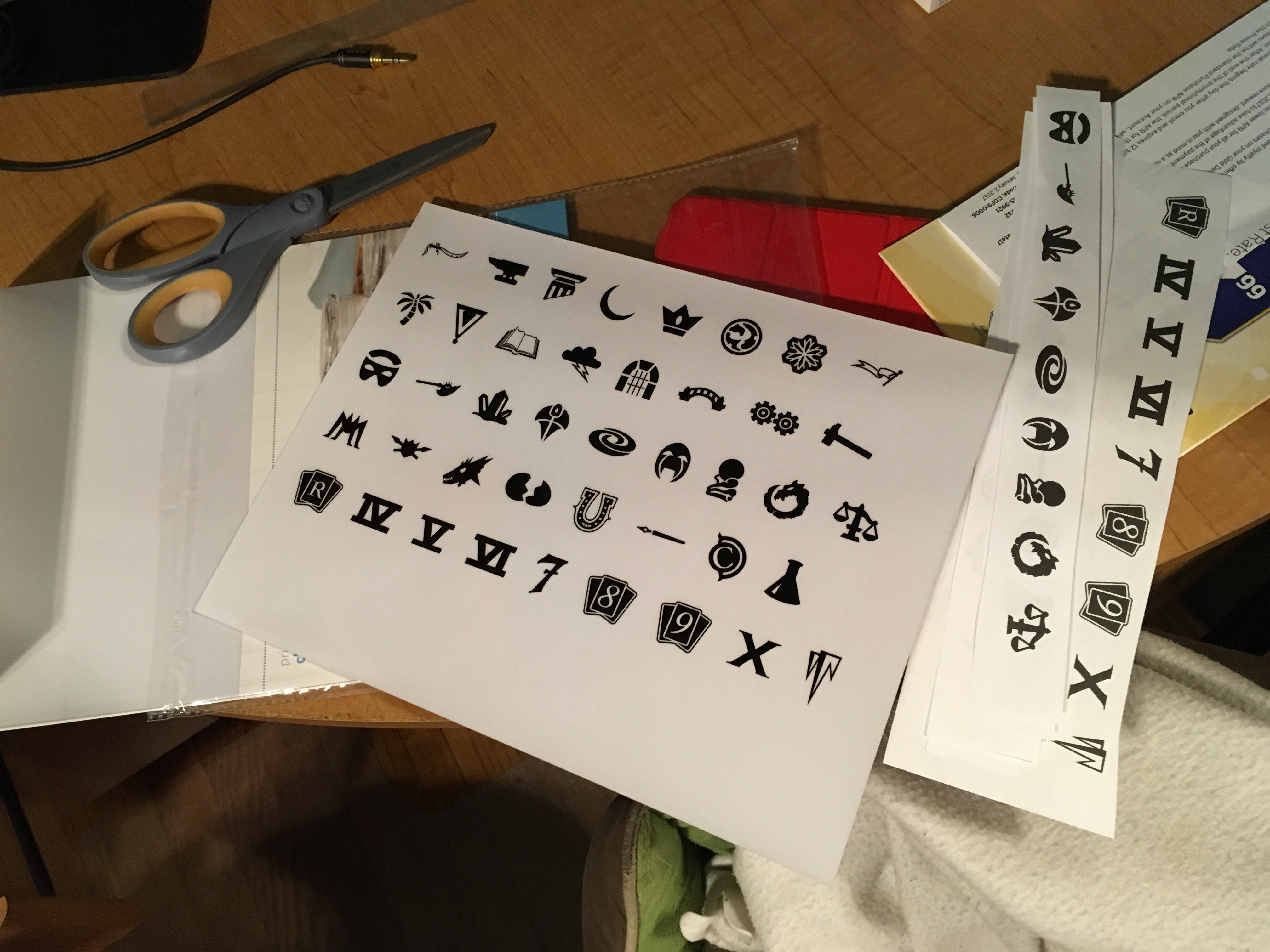 After a test run on plain paper to gauge sizing, the first run on sticker paper. 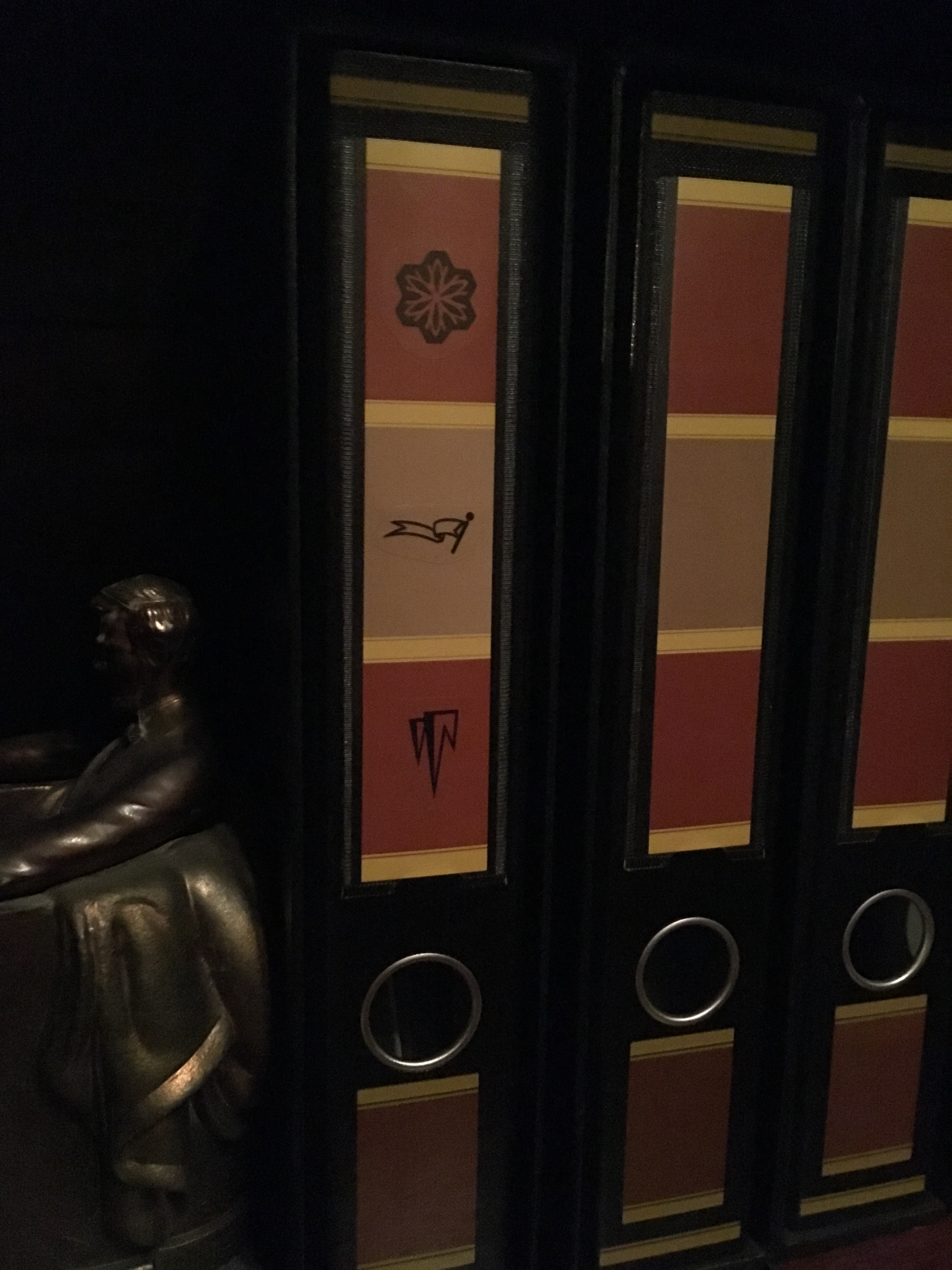 Trying out the first binder - all 3 sets in the Ice Age block, 1 per color area. Great success 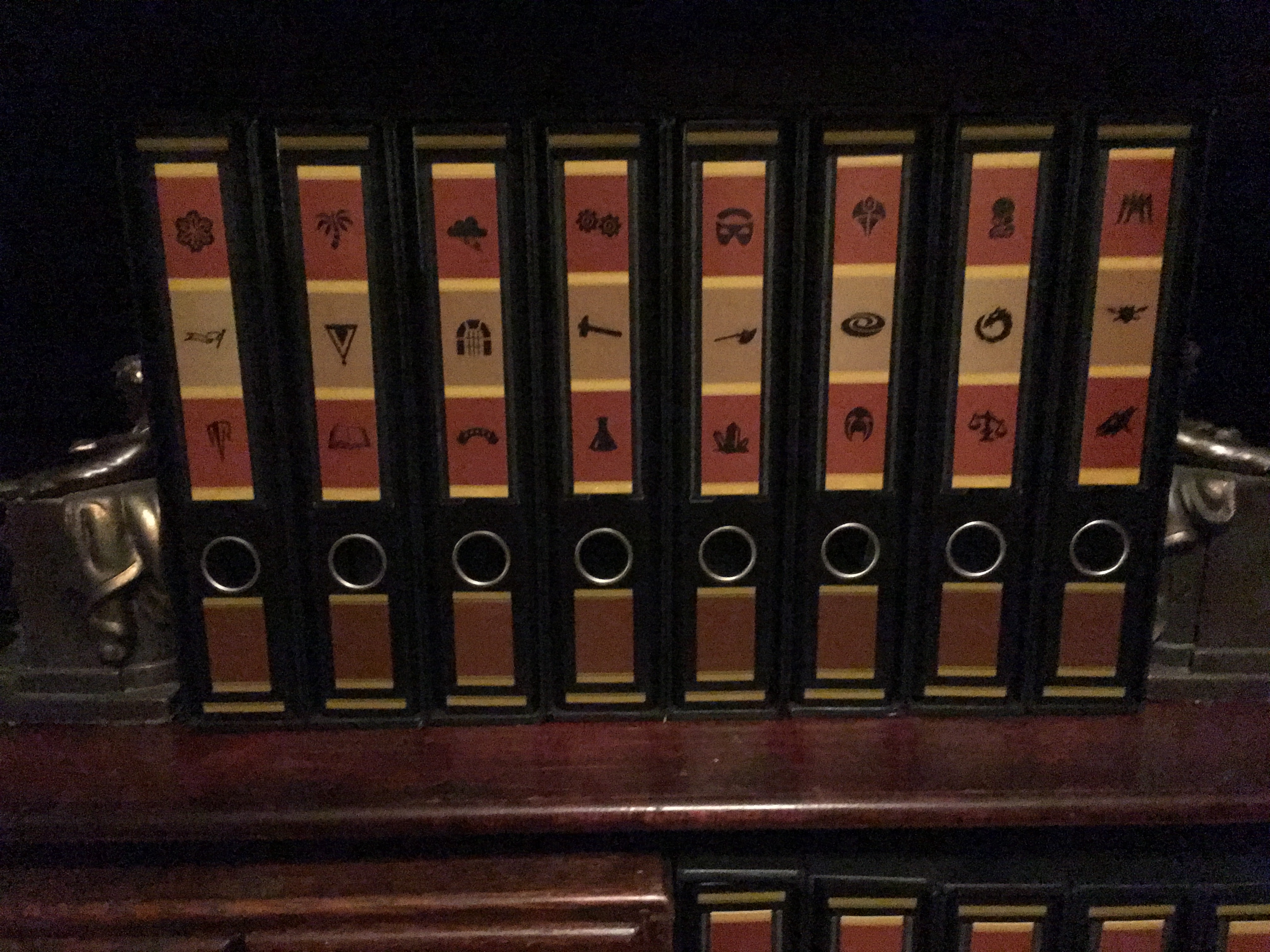 The 7 blocks of the pre-modern era of Magic.

As I'm able to afford more binders and cards, this system is very easily expandable and looks classy as hell. Pretty happy with the outcome.