"The Dark Block" sealed deck: What the hell is that?

I made up a stupid Magic format, it was every bit as terrible as I'd hoped, and I want to tell you about it.

For most of its history, Magic: The Gathering sets were printed in "blocks" of 2-3 that were thematically related. This started in 1996 and continued until early 2018. Before blocks started*, there were 6 early expansion sets that were all extremely ad hoc (by today's standards) as they were put together very hastily. What's interesting about them is that while they are all extremely uneven power-wise, it's generally agreed the first 3 contained many truly powerful cards (especially for the time) and the latter 3 were a true low point for Magic set design. 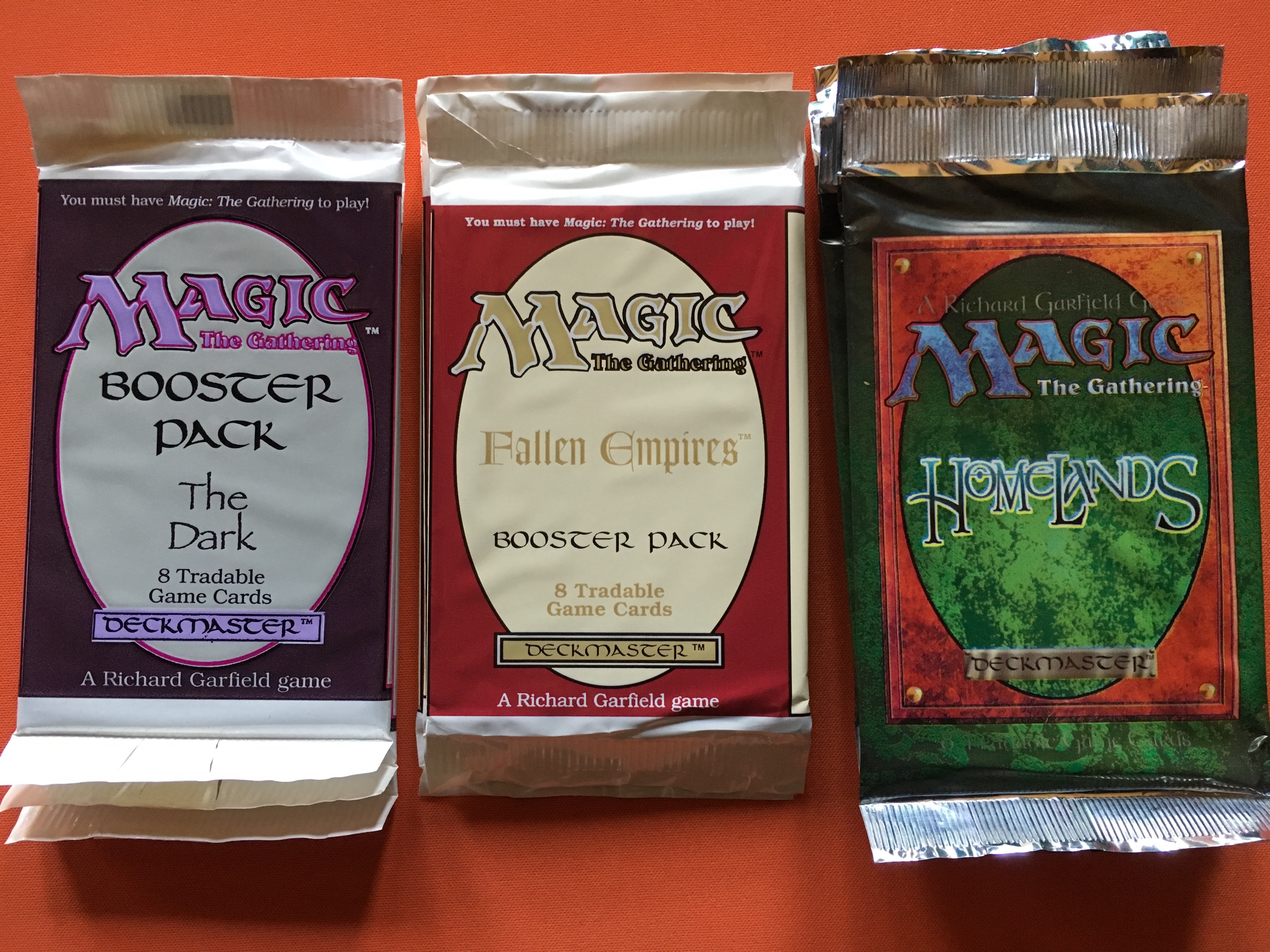 [*Nerd note: I am glossing over the Ice Age retcon shenanigans by just calling that the first block.]

Anything from the first decade of Magic is gonna play really badly in limited (sealed or draft) formats because it wasn't really designed for that. Let alone trying it with the 3 worst consecutive sets in Magic history, that aren't even mechanically related.

So of course I really, really wanted to try it.

I decided to create a "The Dark Block" sealed deck game using The Dark, Fallen Empires, and Homelands. All three sets have a post-apocalyptic flavor to them. The Dark & Fallen Empires explore the after effects of a global war, while Homelands explores a community that's created a home in a wasteland. It's some epic on-point flavor for the worst sets and it ties the whole thing together almost poetically. It's "The Dark Block" in more ways than one.

A few more things to keep in mind about these sets:

I decided to really go all-in and double up on Homelands, probably the worst-designed of these badly designed sets. It has a special nostalgic place in my heart, and it felt like throwing a little more gas on the fire. So we'd each get: 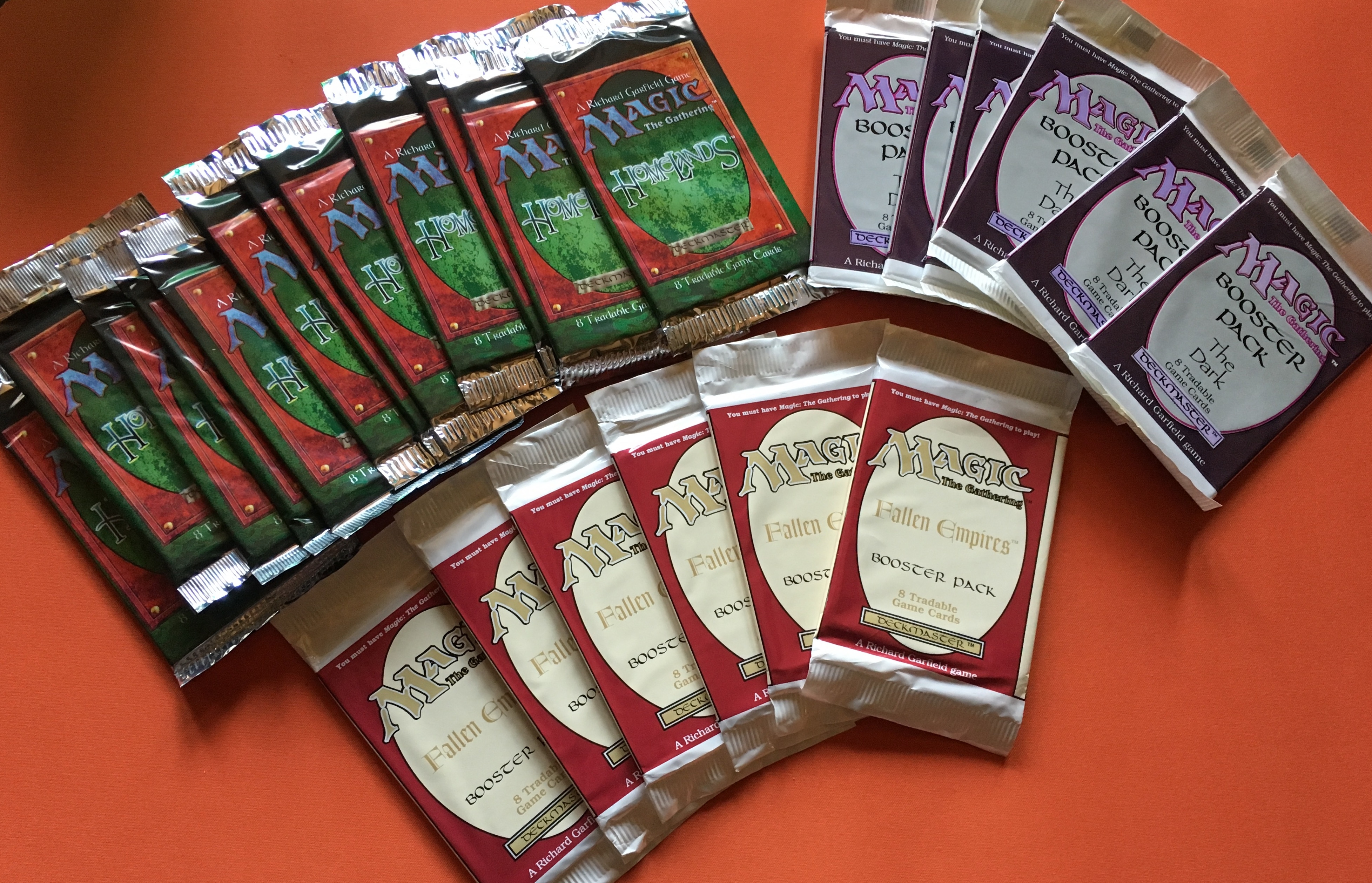 Soon it would be time for a truly dark game of Magic.