b4 core, anyone else get them

_k P-Town, Texas Icrontian
May 2010 edited May 2010 in Folding@Home
I have had my SMP client on my main dropping WUs and acting really funny. So I did the standard thing and deleted everything except what was needed and had it redownload everything. Came back up with a b4 core WU. 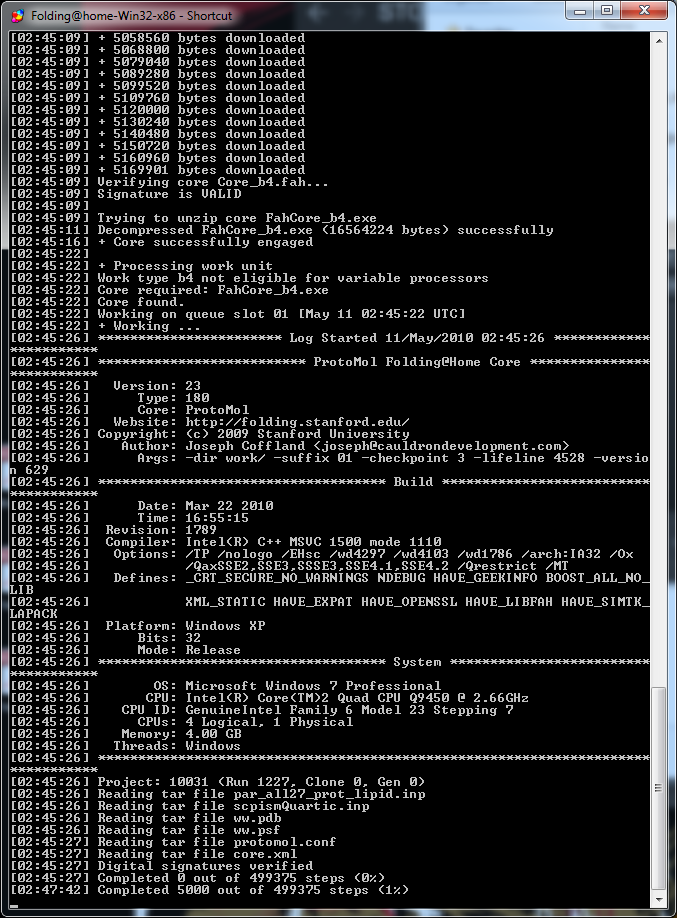 Stanford just released the new Protomol B4 core for Uniprocessor client under advmethods. This new core is used by the two new projects p10000 (84.48pts) and p10001 (50.56pts). This is old information as they were released last year and suppose to go into open beta in Feb. of this year.

These do not go with SMP and I have no idea why I got this instead of a a3. Wondering if anyone else has seen these before.
b4.png 114.7K
0