Mozart in the Jungle

Most people who know me know that I don't go in for television shows. Of course, as we get deeper into the 21st century, the line between "movie" and "show" is starting to blur quite a bit, but I can name on one hand shows that I've actually seen the full run of:

There we have it. That's the television I've watched as an adult. I just don't get into TV. I've caught passing glimpses of shows that my roommates and wife watch (Sherlock Bumberdumb, Doctor Bleh, Dowdy Abbey, American Horror Boring, CSI: The Same Thing Over and Over), and they're all just crap. The acting is flat, the scripts are formulaic and filled with tropes, and they don't interest me at all.

I saw a tweet from @SylvieBarak that mentioned this show "Mozart in the Jungle" that mentioned a hot chick, so of course I went looking and found it on Amazon Prime. It's an original series from Amazon because that's what you do now. The premise seemed interesting: a show based around the seedy underside of a major metropolitan orchestra (The NY Symphony Orchestra in this case), and that purported to show the orchestra members as real characters rather than stuffy people in suits.

I have Prime, and I was bored and doing something else, so I clicked the first episode. It wasn't mind-blowing but it was compelling enough to watch the second. By the time I was four episodes in, I was pretty much hooked.

The thing that drew me in was that the acting is superb. Really, this could have been a feature-length film. Even with the episodic format, they're not formulaic and are instead just chunks of the continuing story (I guess that's why I like those other three shows I've watched). The acting is fantastic and the story is character-driven, and that's very important to me. While a few of the characters are one-dimensional (after all, this is about a whole symphony orchestra and therefore you cannot have a character drama about 100 different people), the main characters are surprisingly deep and interesting. Since this is a TV-MA rating, it means they can be real adults rather than a sanitized version for television.

At any rate, if you have Prime and a spare 300 minutes, I heartily recommend the first season of Mozart in the Jungle. 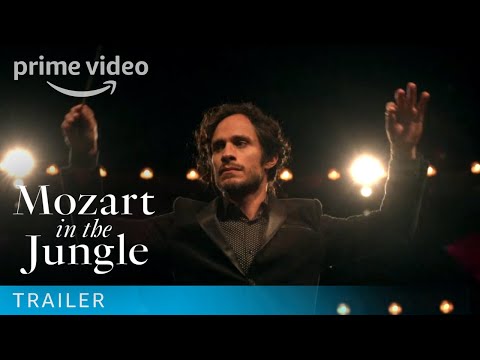