Nicole, aka @PinkInDetroit has been furiously drawing her little fingers off recently and it's because she's been deep in the throes of giving birth to an awesome children's book called Rosie: A Detroit Herstory. Rosie tells the tale of Detroit's "Rosie the Riveters", the women who helped fuel the war machine that ultimately secured an Allied victory against the Nazi empire.

The book is nearly complete, and is written simply enough to be considered a "children's book" but they're pretty sure adults are going to love it too. Bailey, the author, is also the purveyor of Detroit History Tours, and she doesn't mess around when it comes to historical research.

The project was fully funded on Kickstarter after only a day and a half. If you would like to get a copy, you can find out more about the book and order your copy on Kickstarter. 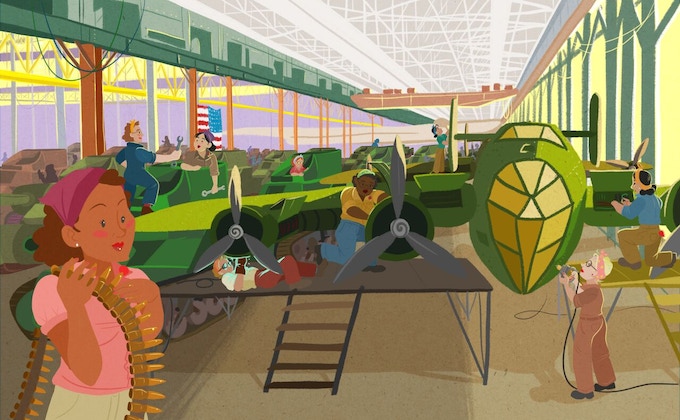