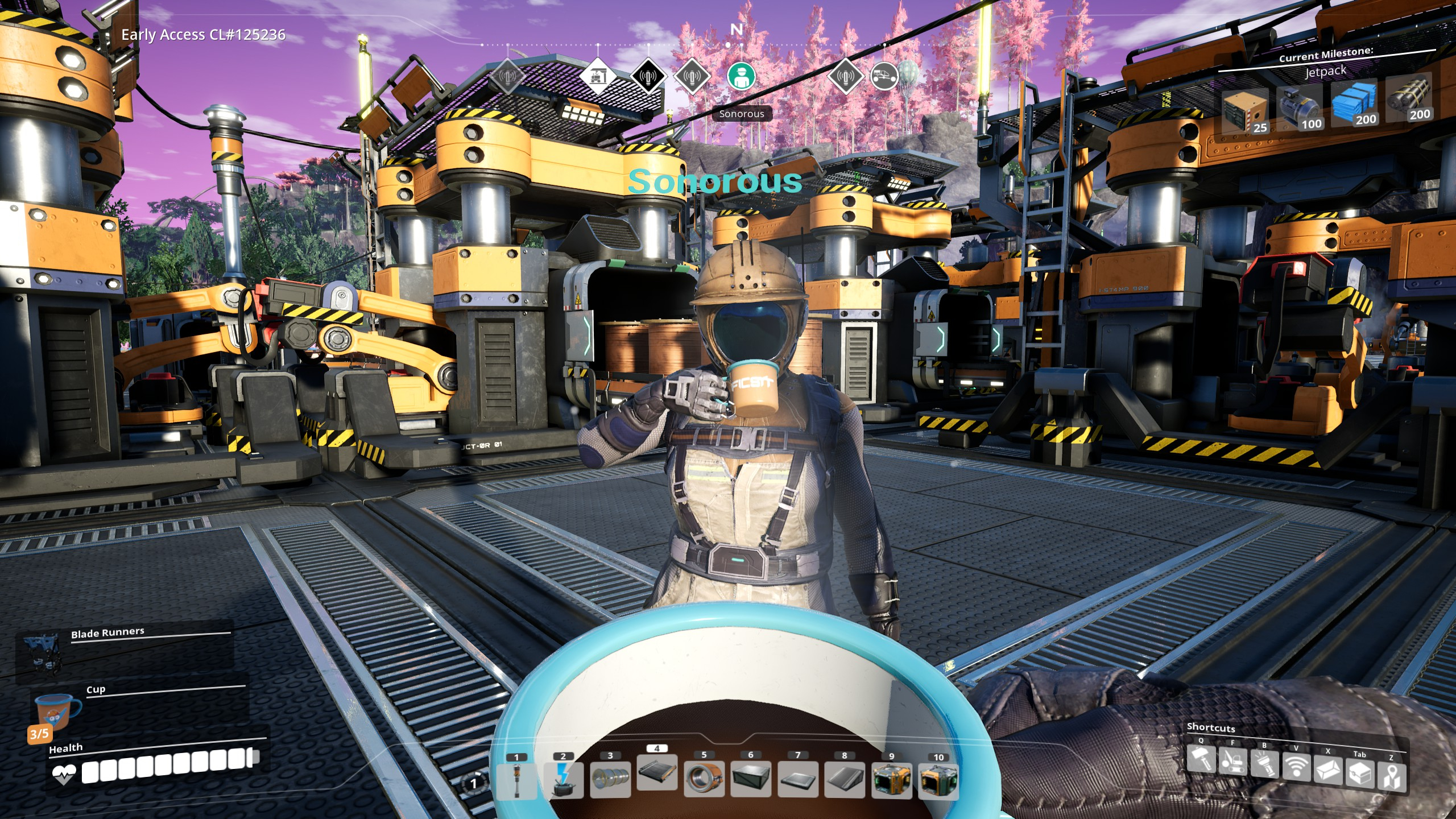 Satisfactory is a game much like Factorio, except in 3D. You start with meager resources, then automate up to a bonkers scale base that can make thousands of things at the same time. You collect resources, fight aliens who stand in your way to making their ugly planet beautiful and organized, and you can drink coffee! 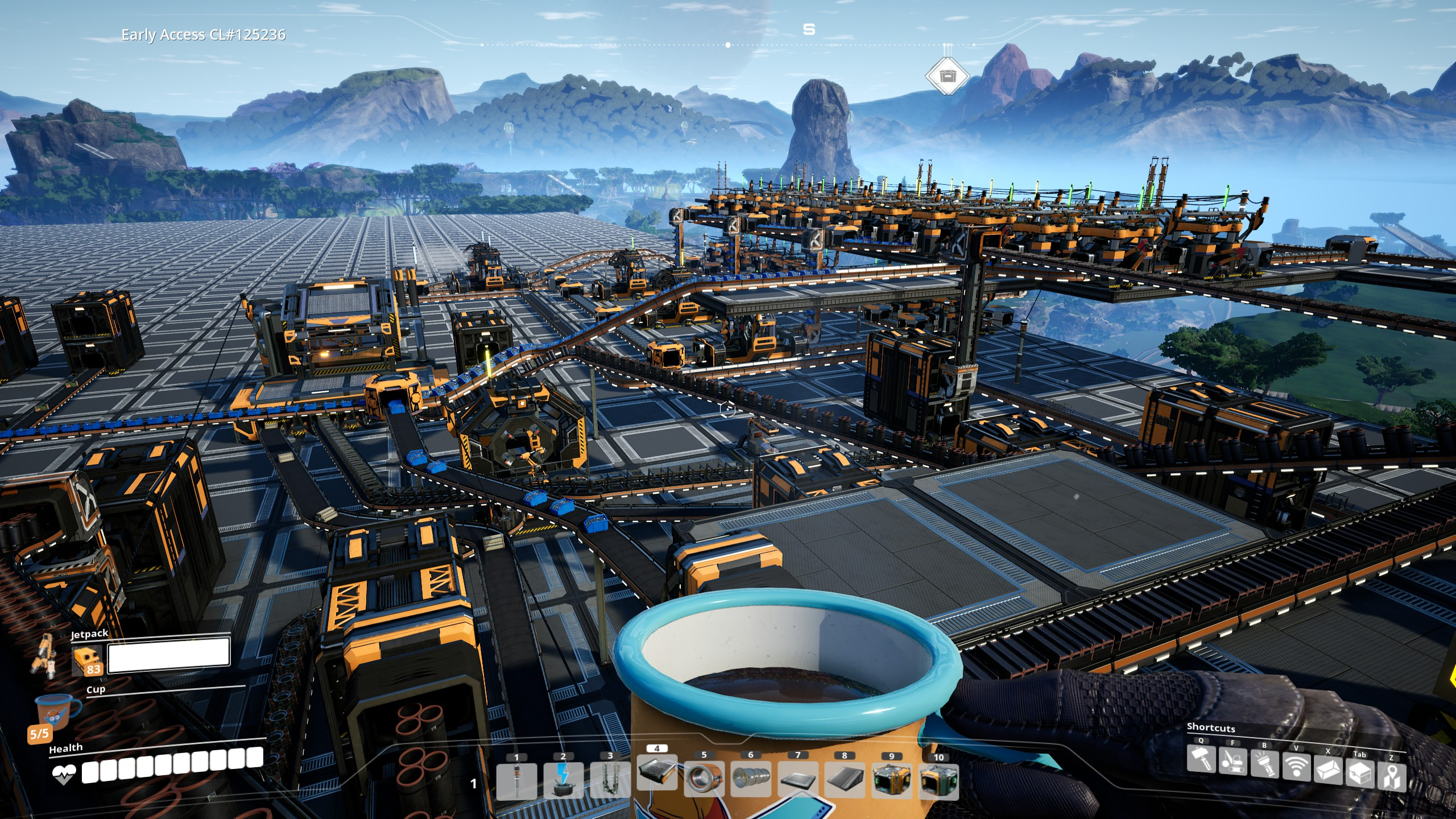 This is a corner of our second large base, where we've tried organizing things. This corner makes iron and steel into some medium level finished goods like heavy steel frames. 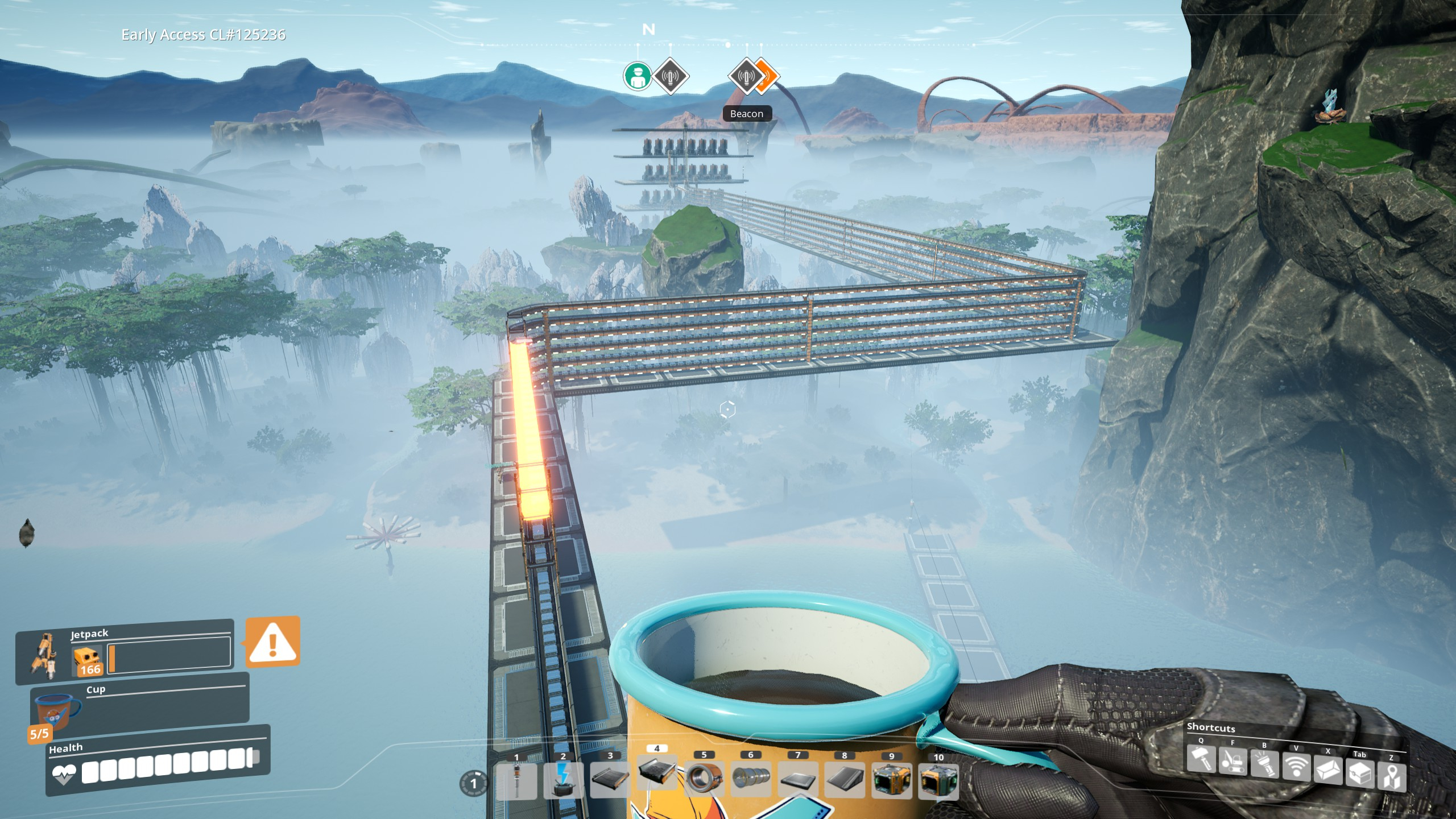 Eventually, we ran out of iron, so we made a remote base that mines, and smelts down the iron into something more usuable, and then sends it back on 6 fully loaded conveyor belts. Its a lot of iron, and we probably should have build a monorail to handle this. The scale of this iron production is by far the biggest we've done before. 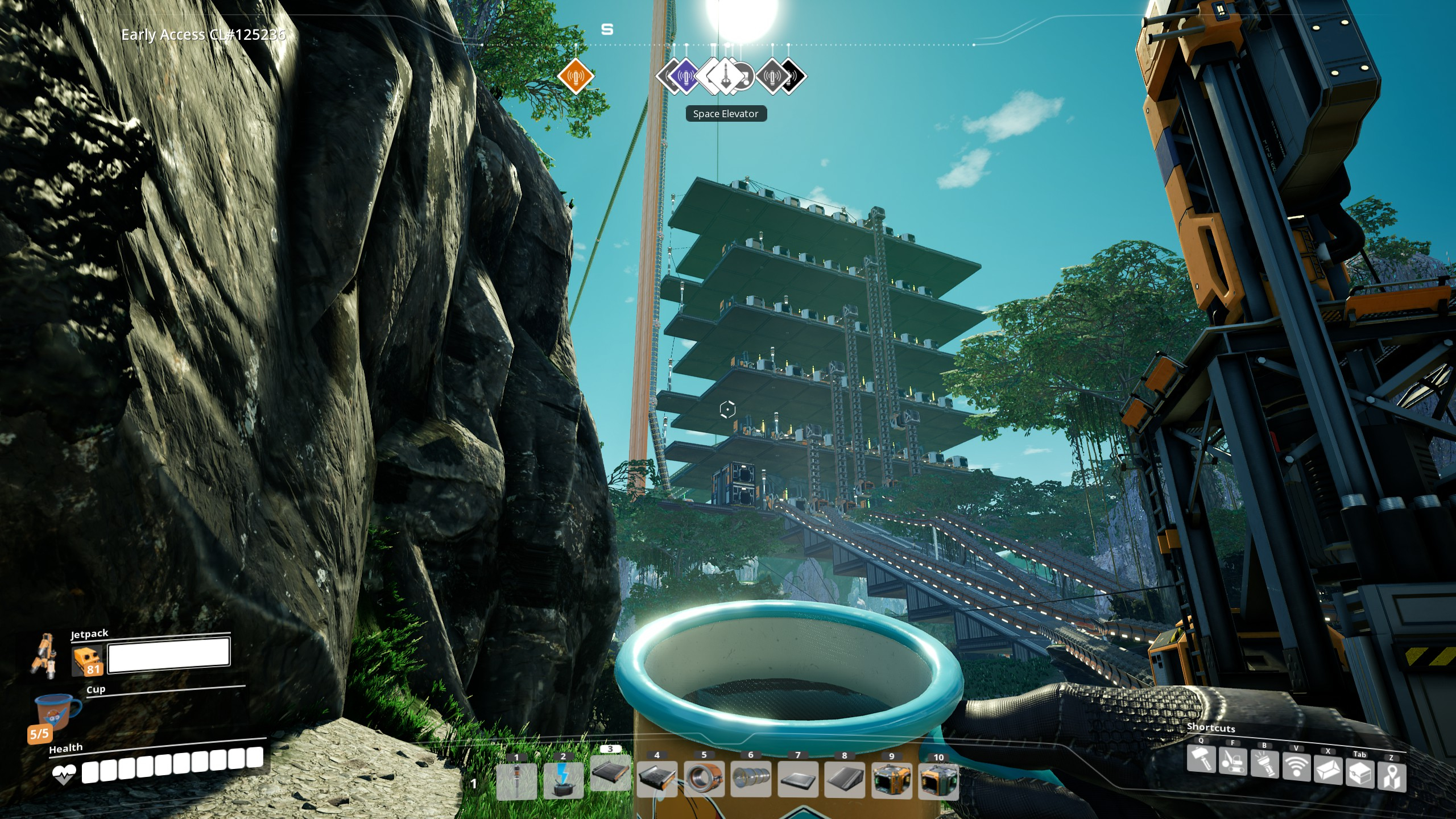 Here is the back side showing 1 of the 6 mines that powers the remote iron base. Each mine needs 8 smelters to process all the iron at 30 iron ingots per minute. We organized each into a floor... its huge. 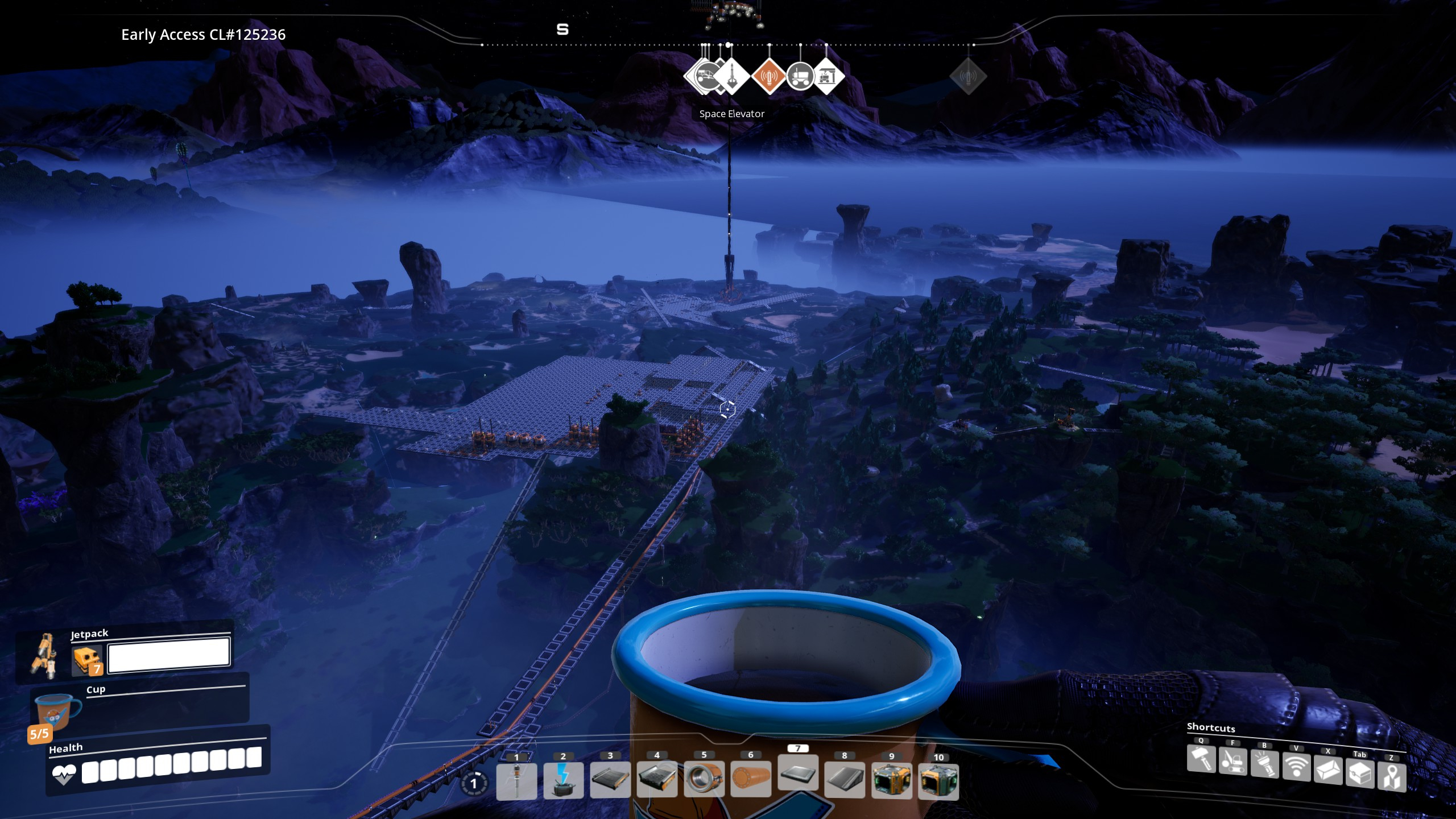 Here you see us converting the ugly alien world into something more aesthetically pleasing and organized.

In general, for early release game, its pretty well thought out. There are some bugs (like the hyper tubes for transport being sort of buggy) but overall, I've been enjoying throwing time at this monster of a game.