There is a mobile game called Township: https://www.playrix.com/township/

It's a compelling, colorful, and casual town/farm builder that hits a lot of the right notes. It's one of those games that looks like this: 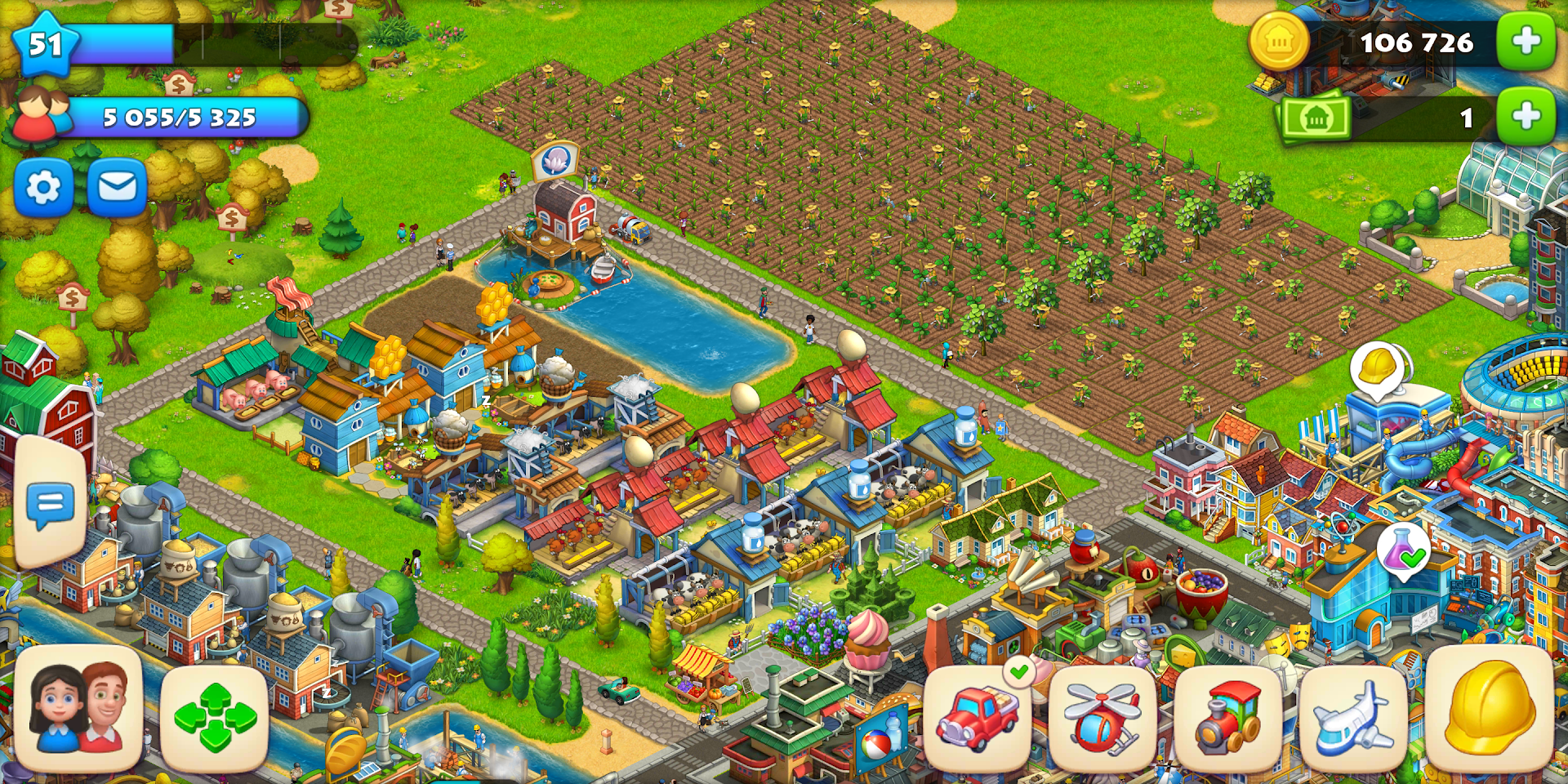 However, where it gets interesting is the "co-ops", the "regatta" and the leaderboards.

Allow me to explain:

Township is a game in which you run a small town; you start off like most city builders, with a farm and some fields and some animals and eventually you start building factories to make raw materials and then more complex goods. You level up, you build more housing, you get new features like a zoo and a mine, and so on. The graphic design is top-notch, and the sense of progress and pace is well done; like most mobile games there is definitely a pay-to-win element, but it's not necessary to have fun or progress. It's mostly to speed things up, but this game is pretty forgiving with the "Cash" (the stuff you need to buy things), gives plenty of it away just for playing and participating, and you can play at the max level of the game without ever spending a dime. Content is not gated.

When you join a "co-op" with other players, you have access to the Regatta, which is a race against other co-ops. You score points in the regatta by completing tasks from a random pool; you pick tasks that are worth points, complete them, and your whole team gets credit in the race. The more points your team earns, the higher up the leaderboard you go. Each co-op competes with their peers for points in a week-long event (there is a one-day break in between races), and the entire co-op gets rewards. It really makes the game much more interesting than it would be without the multiplayer aspect.

ANYWAYS: Icrontic has a co-op. Join me, @Massalinie, @_k, @elyxandra, @lershee, @CrazyJoe, @mewashere03 and others. We were part of another co-op but we had... a disagreement in leadership styles and there was mutiny and anyways now we have an Icrontic co-op.

To join the co-op you need to be level 19, which is much easier than it sounds. Getting to level 19 is basically playing for a day or two enough to learn the ropes. Consider it a tutorial. When you're level 19, ping me and we can get you in! Our co-op code is #CRGNXW

EDIT: Roster link (to friend people before you can get into co-op for help with orders)

Also, I'm gonna make a badge for it :D