Does Service Pack 2 slow you down?

Does Service Pack 2 slow you down?

Does the old saying go “newer, better, faster” or “you can only rework the plumbing so many times”? Service Pack 2 brought enhancements to Windows XP including a very handy pop-up stopper and the much needed firewall security. A new Service Pack does improve upon some features of an operating system besides plugging up the holes but do the improvements come as extra weight or is some code jettisoned in favor of newer, leaner code? 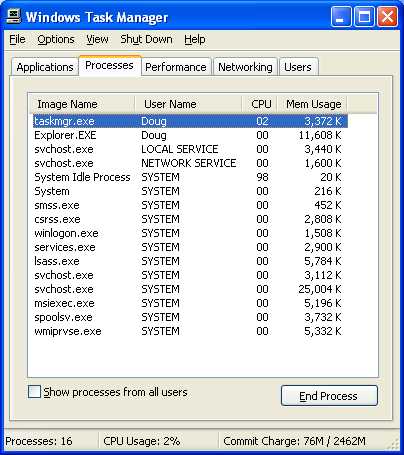 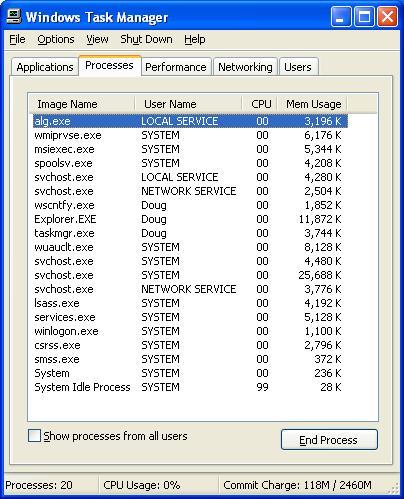 Individual performance will vary with any particular or specific timings or
tweaks enabled by you. All programs were benchmarked with initial monitor
settings at 1024×768@75Hz. Your own mileage may very.

Aquamark3 is a benchmark from Massive Development. For the most part
it is a DirectX 8.1 benchmark though it is run with DirectX 90c installed. Four
measurement sets were used. The first has high and low detail with Anti Aliasing
and Anisotropic filtering turned off. The second has high and low detail with
Anti-Aliasing (6x) and Anisotropic filtering (16x) set at max.

GL Excess is an OPENGL benchmark that is optimized for DX8.1.

Quake III still continues to hang around. This benchmark is one that
most can’t just let go of and it retains grandfather rights in the community.
Many of today’s games are based upon the Quake engine. The accuracy of this benchmark is becoming questionable with frame rates consistently around or over 300.

X2 – The Threat is a teaser with a benchmark option for Egosoft’s
upcoming release. It does not use pixel shaders.

Splinter Cell is a DirectX 8.1 based game that is involves very GPU-intensive texture rendering.

The following two tests are targeted mainly towards CPU performance and will
show if any “flaws” are in board design affecting the ability of the
CPU to crunch through the data. While in render mode the two test programs virtually
bypass ram and GPU.

Adobe After Effects is a tool to produce motion
graphics and visual effects for film, video, multimedia and the web. It is primarily
a 2D application using imported graphics or digital footage or self generated
effects. A test project was created combining many video footage
files, resizing and rasterizing effects, text animations and multiple layer
effects. This “average” combination was felt to best demonstrate advantages
and/or disadvantages that a real world user may experience rather than isolating
and benchmarking a particular effect.

There is no official benchmark for After Effects
but render tasks can be timed to show specific results. Rendering, or the task of building
and compiling frames, is primarily CPU intensive and After Effects generally bypasses
the video card to rely solely upon the processor for speed. The time taken
to a render 900 frame Quicktime 720×486 movie file (animation codec, millions of colors, best quality) shows how fast the processor is working on the
given task.

Service Pack 1 tallied 63 “wins” out of a total of 108 scores. Service Pack 2 took only 42 possibilities with the rest nullified by matching scores. It can be said that, on average, Windows XP Professional with only Service Pack 1 installed is faster 2/3 of the time. The table below is the sum of all resolutions for each category.

The test PC equipped with Windows XP Professional Service Pack 1 was an average of 0.5% faster than the same hardware with Service Pack 2 installed. The percentage difference between faster and slower is insignificantly small. Less than 2 or 3 percent in some benchmarks could be dismissed by most but when gamers are looking to squeeze every extra frame out of their machines…it may count.